From June 1 to 30, 920.4 km² of Amazonian forest were destroyed in the Brazilian territory, against 488.4 km² in the same month of 2018, according to a system that controls the warnings of the areas destroyed in the region.

Deforestation in the Brazilian legal Amazon reached 920.4 km² in June, an increase of 88% compared to the same month last year. The consolidated data of the month was inserted this Wednesday (3) in the Terra Brasilis system, of the National Institute of Space Research (INPE).

Until Tuesday, the partial balance for the period between June 1 and 28 showed deforestation of 769 km². They show that only last Sunday (30), more than 150 square kilometers of forest were destroyed; On Saturday (29) there were no records in the system. 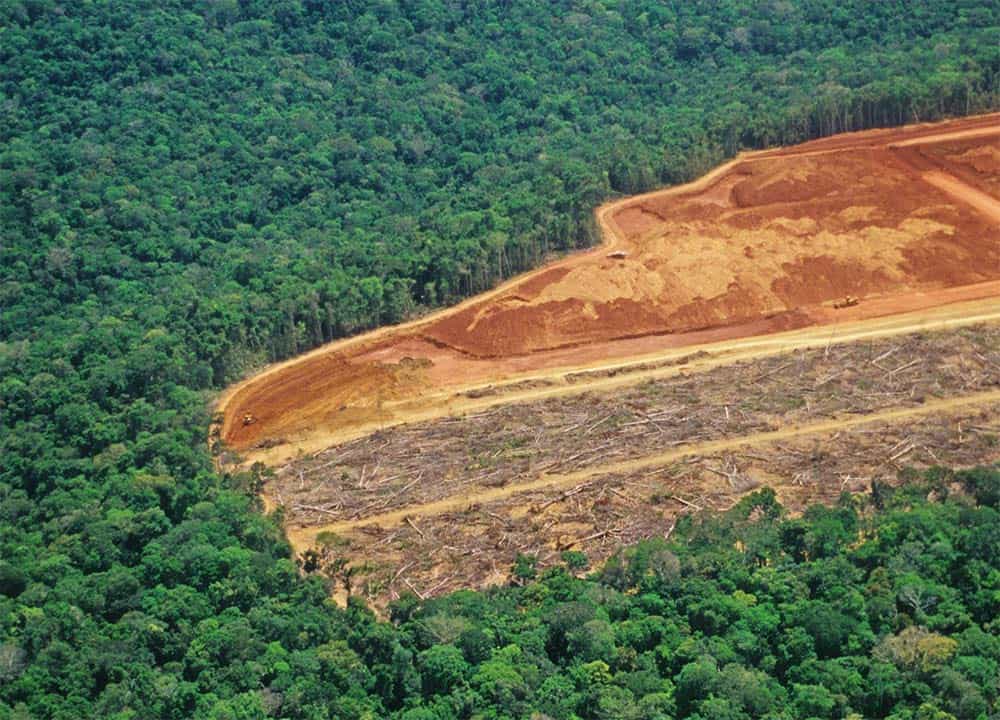 Deforestation in the Amazon increases in June

June 2019 was the worst month since the alert monitoring system was created in 2015.

Deforestation in the Amazon per month (in km²) 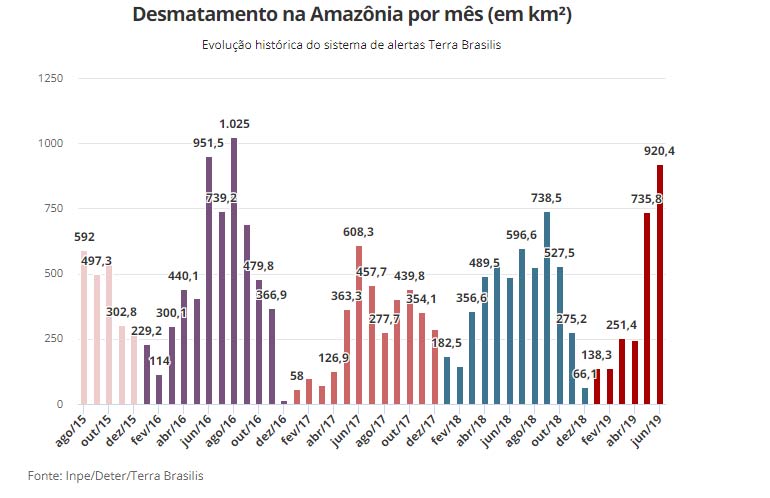 In total, in June 2019 there were 2,903 alerts in Terra Brasilis and 97% of deforestation was registered in four states. 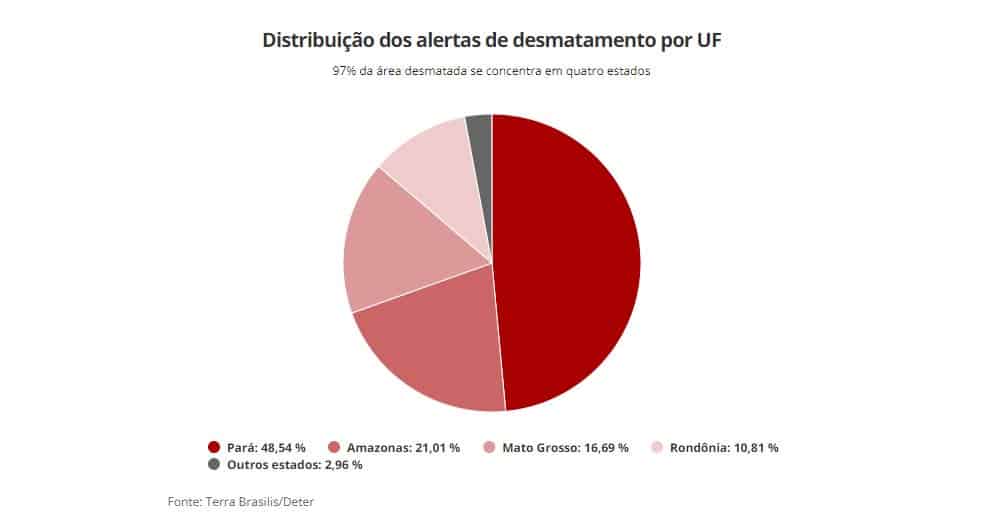 Terra Brasilis was created in 2015 by Inpe. It is fed with data from the Deforestation Detection System in real time (Deter), an "alert system to support the control and control of deforestation and forest degradation" at the Brazilian Institute of the Environment (Ibama).

The data compiled in the system does not aim to consolidate deforestation in the biome in the same way as, for example, the MapBiomas system, maintained by entities, or the Brazilian Satellite Monitoring Program of the Amazon Rainforest (Prodes).

MapBiomas collects the information collected throughout the year and cleans and verifies the data, eliminating clouds and other possible interferences to present the consolidated data of the previous year. Based on Deter, which is also used by Terra Brasilis, MapBiomas also recently launched a deforestation warning system that promises to help with the application of fines.