Last year, President Trump vowed that the US would remain a global leader in space exploration. As part of the effort to reclaim “America’s proud destiny in space,” Trump promised to return humans to the moon.

Yet despite these grandiose plans, NASA has cancelled the only lunar robotic rover under development.

On April 23, lunar scientists working on the Resource Prospector (RP) mission were abruptly ordered to shut the project down by the end of May. No explanation was given by officials.

The announcement came as a complete surprise to scientists at the Lunar Exploration Analysis Group (LEAG). In a letter to the new NASA chief, Jim Bridenstine, LEAG scientists expressed shock over the decision.

“This action is viewed with both incredulity and dismay by our community,” the letter reads, particularly because Trump’s space policy “directs NASA to go to the lunar surface.”

“It is critical that NASA provide strong leadership in documenting that lunar surface return is being actively pursued,” the scientists wrote. 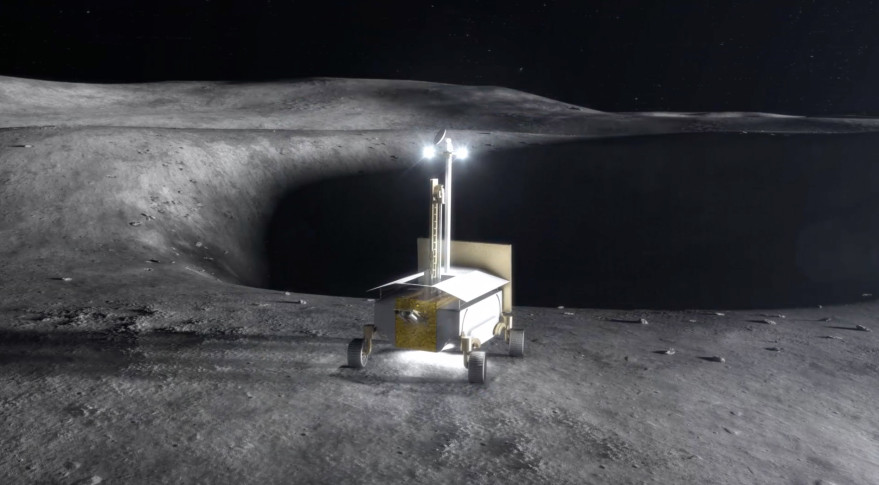 “Cancellation of the only NASA lunar surface mission currently under development to obtain strategic data from the Moon’s polar regions is not the way to signal that intention.”

The RP mission has been in development for nearly a decade, and the resulting lunar rover was expected to launch in 2022.

If the mission had been allowed to continue, it would have been the first ever US robotic rover on the surface of the moon.

By mining the surface of the Moon, the rover would have gone in search of life-forming compounds like hydrogen, oxygen and water – basic materials required for manufacturing rocket fuel in space.

Just hours after the LEAG letter was sent, Bridenstine promised an “aggressive robotic program” to return America to the surface of the moon.

Great 3rd day on the job with the @NASA family. Excited to get to work on our plan to sustainably return America to the surface of the Moon starting with an aggressive robotic program.

But the exact nature of this robotic program is uncertain.

In a statement from the agency, NASA said it would be planning “a series of progressive robotic missions to the lunar surface,” and that “selected instruments from Resource Prospector will be landed and flown on the Moon.”

A few days later, Bridenstine tweeted that the RP instruments would be used in an “expanded lunar surface campaign.”

No more information was given about the campaign.

Dana Hurley, a planetary scientist at Johns Hopkins University, is skeptical of the agency’s decision.

“If we want to go back to the moon and really work on the moon and make it a place that we can set up research stations and study processes that are occurring on the moon … all these things are really enabled by being able to use resources on the moon for making fuel, propellant, life support, that sort of thing,” Hurley, who also is a member of the LEAG executive committee, told The Washington Post.

“This mission is a first step in trying to understand how we’re going to exploit those resources.”

This article was originally published by Science As Fact.

Science As Fact is our sister site where we cover politics, debunking, fact checking, and humour. If you want more like this, head over to Science As Fact.