Starlink satellites, designed to deliver the Internet to the entire planet, can drastically hinder the observation of the night sky

Imagine you are watching the night sky and see a train of satellites crossing the sky in formation. Looks cool! And it sure is such an experience. Now imagine not 60 of them, but 12,000. Add a few more thousands and the heavenly chaos is formed.

The American Astronomical Society – the leading organization for American astronomers – said it was talking to SpaceX about the launch of 12,000 Starlink satellites. Astronomers (not just the US as well as the world) fear that these satellites will interfere with the observation of the night sky.

For those who did not know, SpaceX's billionaire Elon Musk recently launched 60 communications satellites, and in a few days, sky watchers recorded "a train of bright satellites" flying overhead. Its metallic structure reflects well the sunlight. We are talking about only 60 satellites, but we must remember that SpaceX's intention is to put 12,000 of them, which would provide Internet services to the whole world.

"I think it's commendable and very impressive engineering to spread the information and opportunities afforded by Internet access," said Megan Donahue of Michigan State University and president of the American Astronomical Society. "But I, like many astronomers, am very concerned about the future of these bright new satellites. 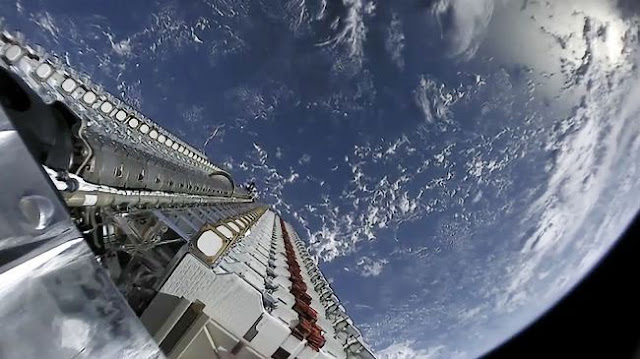 A view of the 60 Starlink satellites shipped in May 2019, still lined up and with the Earth background.
Credits: SpaceX

Not only Starlink satellites but similar swarms being developed by other companies may in the future become more visible than the stars in the night sky, and this is alarming.

An excerpt from a statement issued by the AAS during a meeting in St. Louis, Missouri, USA reads as follows:

The American Astronomical Society notes with concern the imminent deployment of large satellite constellations in Earth orbit. The number of such satellites is expected to increase to tens of thousands in the coming years, creating potential for substantial adverse impacts on terrestrial and space astronomy. These impacts may include significant perturbations of optical and infrared observations through the direct detection of satellites in reflected and emitted light; contamination of radio astronomical observations by electromagnetic radiation in satellite communication bands; and collision with space observatories.

Jeffrey C. Hall, of the Lowell Observatory, is chair of the AAS committee on light pollution, radio interference, and space debris. He said that "the natural night sky is a resource not only for astronomers, but for all who look up, to understand and appreciate the splendor of the Universe, and its degradation has many negative impacts beyond astronomical.

It is important to remember that not only the satellites, but also the light pollution produced by the lighting of large cities, also disrupts (and much) the observation of the night sky. 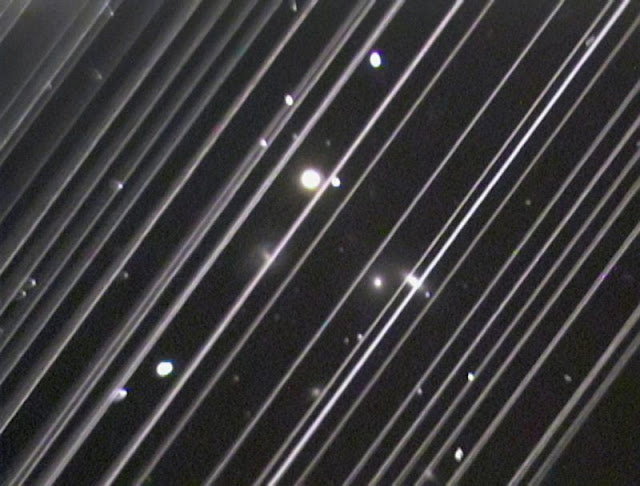 With this in mind, the whole society should rethink the way we use our technology, after all, scientific advancement without a minimum of awareness can mean a gigantic retrogression.

In fact, if no action is taken to reduce interference to sky watchers (and of course, to all those who look up), the whole society will miss out on the chance to enjoy the stars.