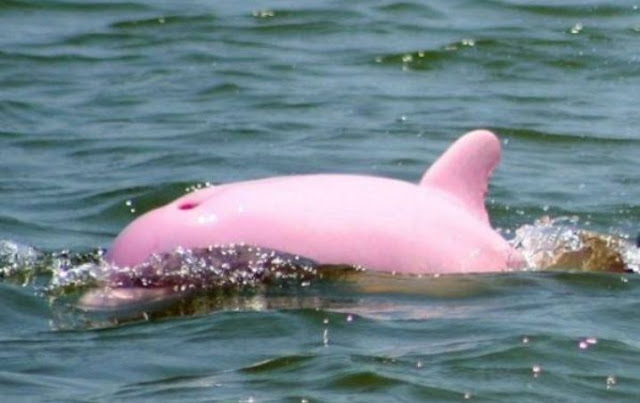 According to the International Union for the Conservation of Nature, the population of pink dolphins has been declining at high speeds, maintaining this trend, in less than 50 years half of this species may be extinct, but a hope arose after the birth of a species.
The pair of dolphin specimens were seen swimming in the Calcasieu River. The newborn infant has caught the eye of the witnesses and, according to experts, Pinky is a rare river dolphin that has acquired the pink color of a rare genetic mutation. 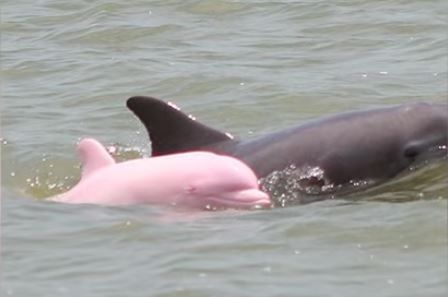 Captain Rue explained that the dolphin is pink from end to end and has red eyes. Your skin is soft and shiny. Pinky is not affected by the environment or the sunlight, but likes to stay below the surface more than other animals. It is an incredible mammal that brings joy to the locals, and guests love to see such a wonderful mammal.
The birth of a pink dolphin cub gives hope to its population, which has unfortunately slowed down in recent years.
It is noteworthy that pink dolphins became popular twelve years ago, when captain Erik Rue, who sailed in the area, discovered them by mating frequently. The species is also known as Pinky, Bufeo, Boto and Dolphin of the Amazon.
According to reports, the birth of a cub is not enough, so the pink dolphin remains on the red list of the second most alarming category. 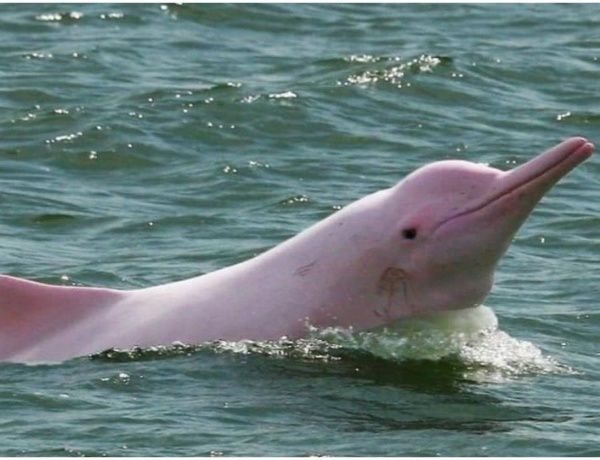 According to the IUCN, the threats faced by the pink dolphin include incidental capture in fishing, the killing of specimens to be used as bait for some fish, the construction of river dams and environmental contamination by chemicals and heavy metals.
Facebook Comments Box