American actor Morgan Freeman is one of the most cherished personalities in the film industry. Who watched the French documentary of 2015, Marcha dos Penguins, in the version dubbed for English, will never forget his remarkable voice in narrating the trajectory of persistence and resistance of these animals to survive.

Freeman recently appeared in the media for another reason. At age 81, he decided to turn his nearly 50-acre farm in the state of Mississippi into a wild bees sanctuary. 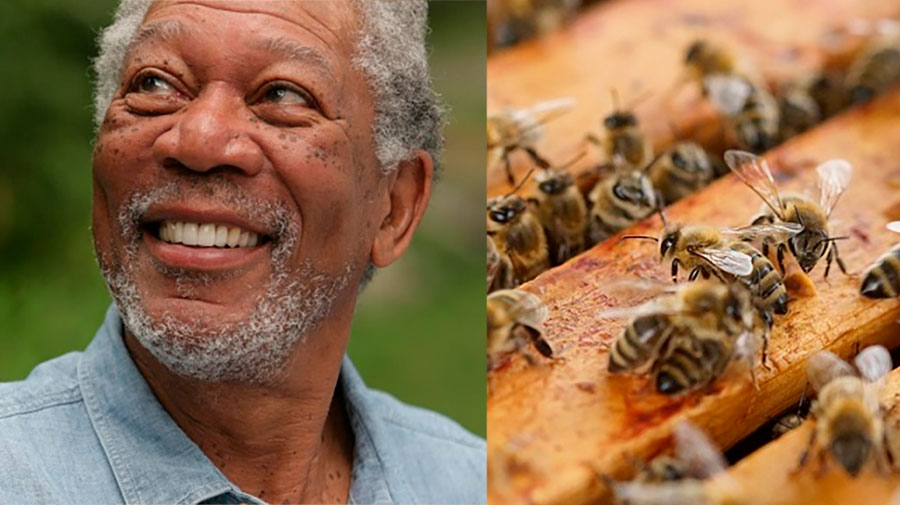 His interest in bees began in 2014. Since then, the actor has become an activist to discover the importance of preserving the survival of these pollinators, who worldwide are now threatened with extinction.

Since then, Freeman has placed almost 30 hives on his ranch to stimulate bee breeding. He tells them that he feeds them with sugary water, but he does not pick honey.

"There is an effort to bring the bees back to the planet … We do not realize that they are the foundation of growth, of vegetation," he said.

On his farm, the actor planted fruit trees and various species of wildflowers, such as lavenders and magnolias, to stimulate pollination and provide food for insects.

Bees in full production in the hive

The threat to bees

Reducing the insect population is a worldwide problem caused by loss of habitat, deforestation and the use of pesticides in crops.

The consequence of the fall in the number of pollinators in the environment is a safety risk to the planet's population: they are essential in the production of various crops.

Such is the seriousness of the situation, which recently, as we have shown here, in this other post, a popular petition became law to protect bees in Germany.

There were 1.7 million signatures collected in just over a month. Due to the enormous pressure, the Bavarian government gave up holding a referendum on the subject and simply turned the popular yearning into law. Word by word!

Without the work of pollinators,
various foods will disappear from our plates

In another similar move in May last year, Europe banned the use of the most widely used pesticide neonicotinoid worldwide in a historic decision by banning the substance pointed out by several scientific studies as being responsible for the decline of bees.

In Brazil, there is a Legislative Idea in the Senate that calls for the prohibition of new agrochemicals and the revision of already licensed ones, that have impact on bees and other pollinators. In order for it to be discussed and received, 20,000 signatures are required. Only then will she have the chance to become a bill.

How to attract insect pollinators?

Studies show that urban gardens and parks are as important to pollinating insects as the countryside, because in the city they find a greater variety of plants and flowers – the purple color is what bees see and see the most.

So when spring comes to Brazil, how about leaving your yard or balcony more inviting to these insects, too?

The purple color is what attracts most bees

In another article, published in 2016, in the blog Hands to Horta, Liliana Allodi also gave several tips on how to attract butterflies, another important pollinator, in your garden. Check out!

* Pollination is the process of fertilization of plants, in which the pollen is carried by the insects, through their paws and mouths, into the ovary of the plants, giving rise to the fruits and seeds