Bons of tons of ice in Greenland are melting 50 years before climate change times, preventing inhabitants from sledding around the country and leading to the surreal spectacle of children playing in the Arctic Sea due to rising temperatures. 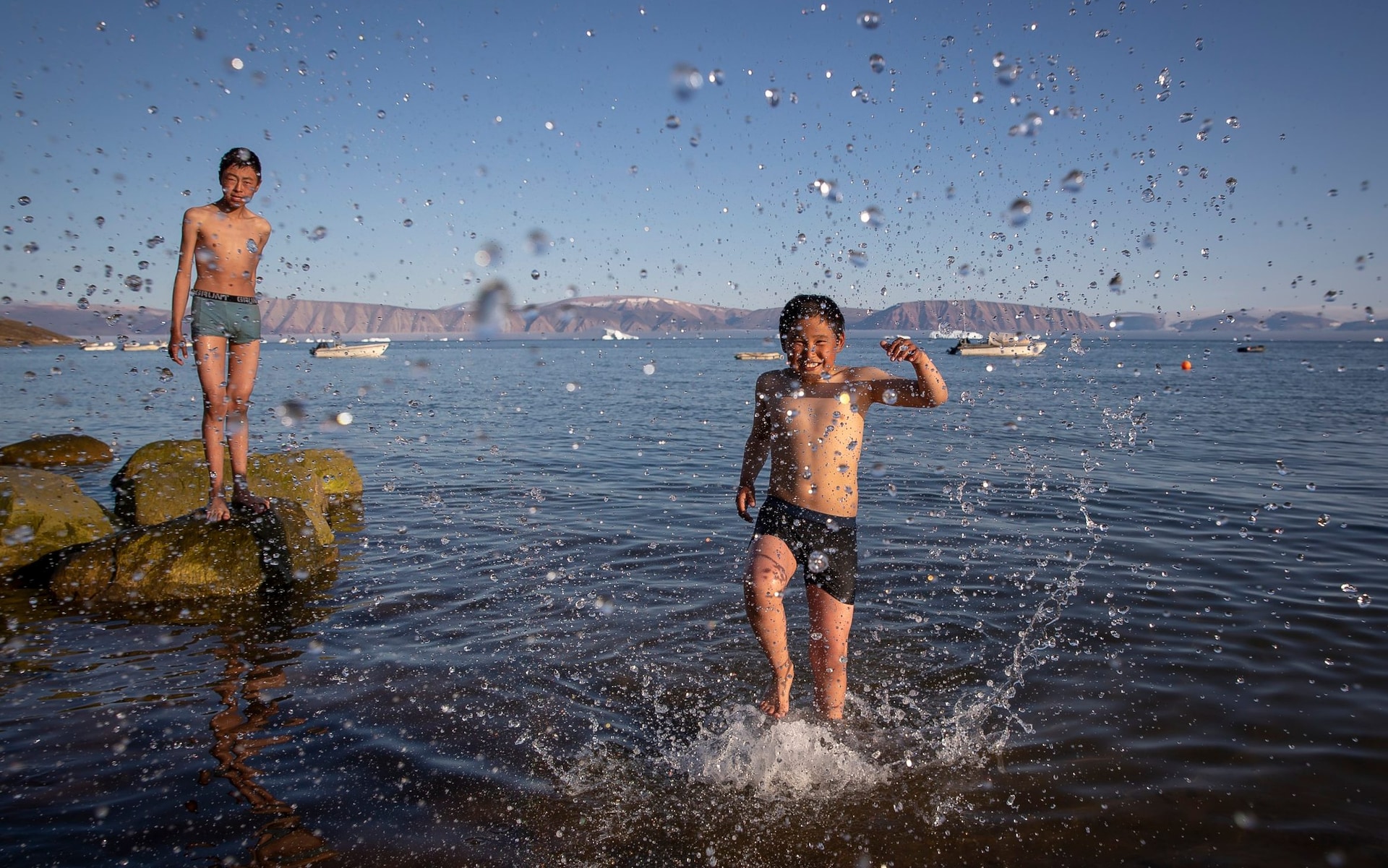 A heatwave hitting the Arctic region is causing unprecedented levels of ice melting and has also seen global sea levels rise, a clear sign that climate change is charging much faster than anticipated.

Earlier this month in the northwestern city of Qaanaaq, children were spotted diving into the sea and wearing T-shirts, unheard of ten years ago.

Some students began wearing skirts as part of their uniform. Climate experts said the sudden increase in ice melting was caused by greenhouse gas emissions over the last century and the so-called Albedo effect, where falling ice levels mean that heat is absorbed by the planet rather than reflected back into space, accumulating even more heat.

They also warned that the daily life of Greenlanders risked being harmed by climate change, with icy areas often sledged or snow skiing turning into small lakes.

"We are already entering a new normal in the Arctic, and what we are seeing now is far beyond what we anticipate in 2019," said Victoria Herrmann, president and managing director of the Arctic Institute, which closely monitors climate change in 2019. Greenland.

"It has also fundamentally changed Greenland's environment, both for the people who call it home and for its unique ecosystem. This will only get worse in the coming decades, where we will see ice-free summers in the Arctic. " Dr. Herrmann added that climate change caused lakes of melted ice to appear in Greenland, causing logistical problems for its 56,000 inhabitants.

"The territory relies heavily on land transport to get from one community to another through snowmobiles or dog sleds," she said. “But if it becomes a big puddle, it becomes much harder to see relatives, share the meat you have hunted, or go to a basketball game. This disrupts normal life.

The glacier-covered island is experiencing record temperatures that rose to 22 ° C on August 1, 15 ° C above average. That same day, the severe heat caused Greenland to lose 12.5 billion tons of ice, an incredibly large amount even by Arctic standards.

Danish climate expert Martin Stendel warned that the total amount of ice he melted on July 31 and August 1 was enough to cover all of Florida with almost two inches of water. Extreme cases of melting ice typically occur once every 250 years, however, the massive ice loss on August 1 was the second since 2012, a sign that the climate crisis is rapidly worsening.

"Greenland has suffered a fire this year, and a number in recent years. There was also a recent landslide that swept through a village, "said Ruth Mottram, climate scientist and glaciologist at the Danish Meteorological Institute. "There will be other big consequences[do calor] – we are expecting more mosquitoes, for example."