Could rotating wormholes, not black holes, be responsible for sending gravitational waves through space-time? A team of European physicists is exploring the possibility. Astronomers conclude the existence of black holes through numerous models, observations, and experiments. In 2015, data from the LIGO experiment has revolutionized the study of astrophysics when scientists confirmed Einstein’s theory of general relativity by detecting gravitational waves for the first time. 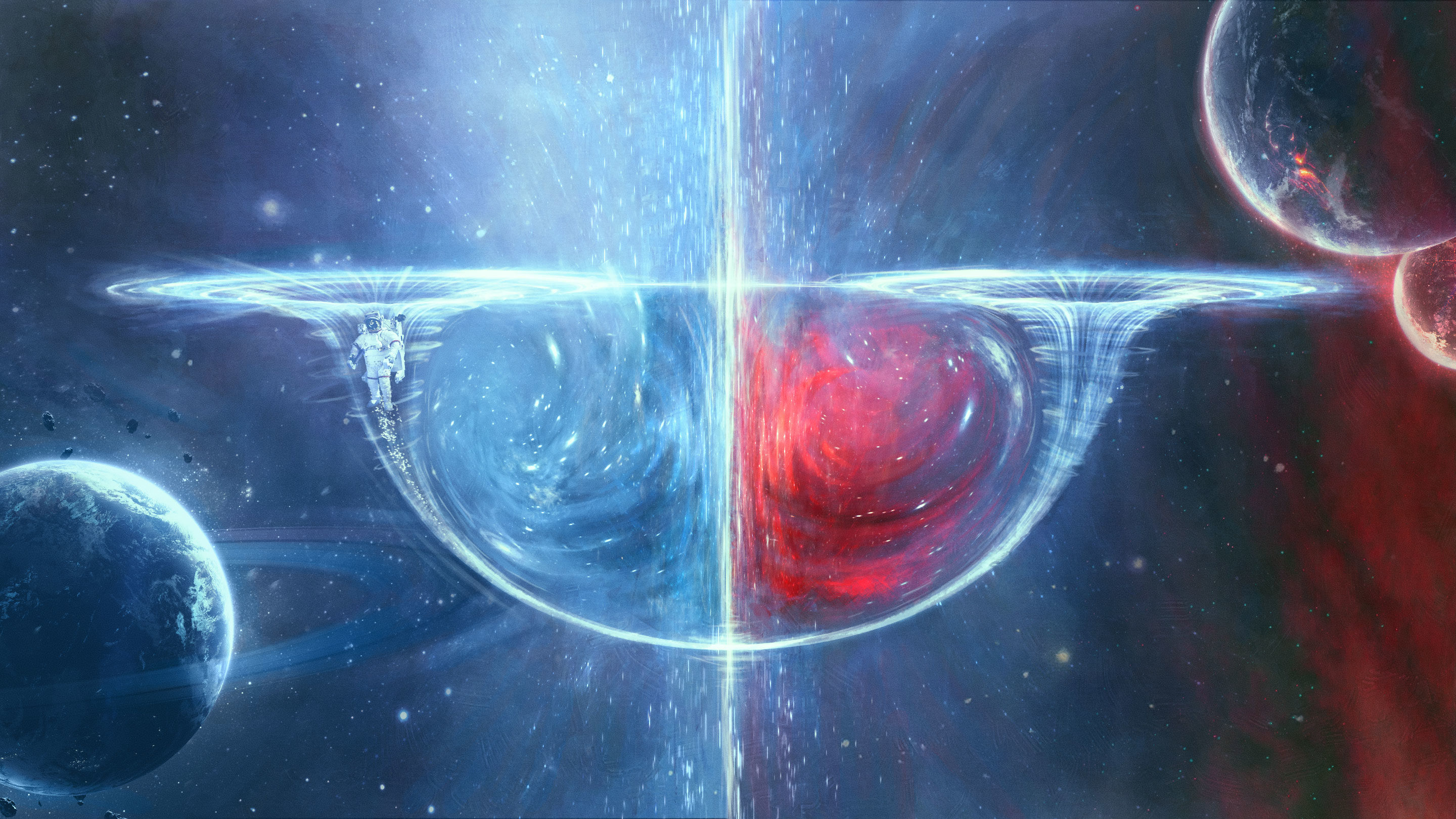 What Are Gravitational Waves?

Black holes present a major contradiction of the principles of quantum mechanics. They have an event horizon, at which point there is no going back for any object that happens to cross this line.
Quantum physics, however, states that information is never lost. It is always preserved in some way. Therefore, a black hole that swallows everything up in its path cannot exist. To address the conflict, physicists Pablo Bueno and Pablo A. Cano are looking into exotic compact objects such as wormholes instead. Wormholes are speculative tunnels in space-time that can be crossed to create a shortcut to another universe. Einstein also predicted wormholes in his relativity theory.

Unlike black holes, wormholes do not have an event horizon. At issue is the ringdown, the last part of the gravitational signal that signifies the last phase of a collision. The ringdown completely fades away because of the event horizon. If the event horizon did not exist, the ringdown would not completely disappear. Instead, it would give off echoes, not unlike the echoes that happen when one beams sound into a well.
If wormholes were indeed causing gravitational waves, the ringdown would still be similar. In fact, earlier models have explained how the ringdown from a black hole would be indistinguishable from an ECO. However, physicists have yet to establish the presence of echoes, which could hopefully be accomplished with technological updates in the future.

How To Detect Gravitational Waves From A Wormhole

The team devised a theoretical model that explains how scientists can identify gravitational waves coming from the collision of two wormholes. So far, the only gravitational waves that scientists have observed have faded in seconds because of the event horizon. However, if the event horizon did not exist, the signals would not disappear. They would produce echoes that may have been undetected because current theoretical models do not accommodate them.
The graphs extracted from the model are no different from existing records, except for the existence of echoes.

“The confirmation of echoes in the LIGO or Virgo signals would be a practically irrefutable proof that astrophysical black holes don’t exist,” says Bueno. “Time will tell if these echoes exist or not.”

The study is published in the journal Physical Review D.
Facebook Comments Box