Earlier this year, inhabited area in northern Russia declared a state of emergency when dozens of bears were seen searching for food 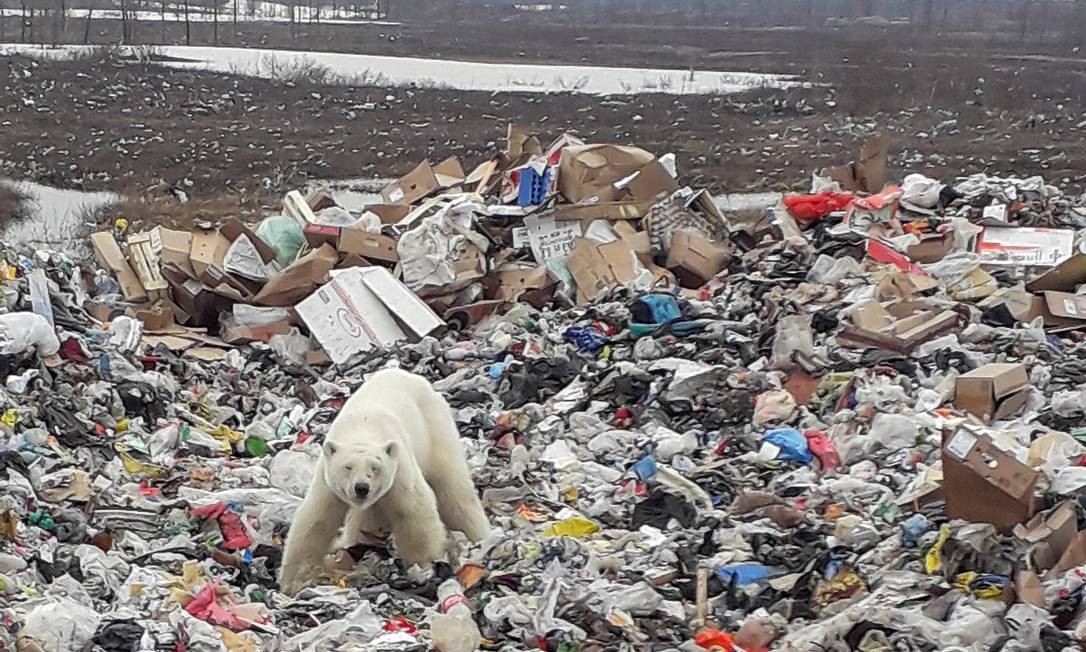 A hungry female polar bear has wandered hundreds of miles from its natural Arctic habitat and has been exhausted in the sprawling Russian industrial city of Norilsk in northern Siberia.

The woman, visibly weak and apparently sick, spent hours lying idly on muddy ground in Norilsk suburbs on Tuesday, occasionally standing up to try to sniff out food, including a landfill. It is the first polar bear seen in the city in more than 40 years, according to local environmentalists.

Oleg Krashevsky, a local wildlife expert who filmed the bear closely, said it was unclear what brought the animal to the city, but it is possible that it was simply lost. He said that the bear had damp eyes and that it clearly does not see well.

Climate change has been damaging the places where polar bears live, forcing them to seek food ashore, which puts them in contact with people and inhabited areas.

A remote northern Russian populated area declared a state of emergency earlier this year when dozens of hungry polar bears were seen searching for food and entering public buildings and houses.

Wildlife experts are due to arrive in Norilsk on Wednesday to assess the condition of the bear. Residents of the town known for its nickel production came out to photograph and observe it, but the police prevented them from getting too close.

Krashevsky said it is unclear what will be done with the polar bear, since it seems too weak to be taken back to its natural habitat.