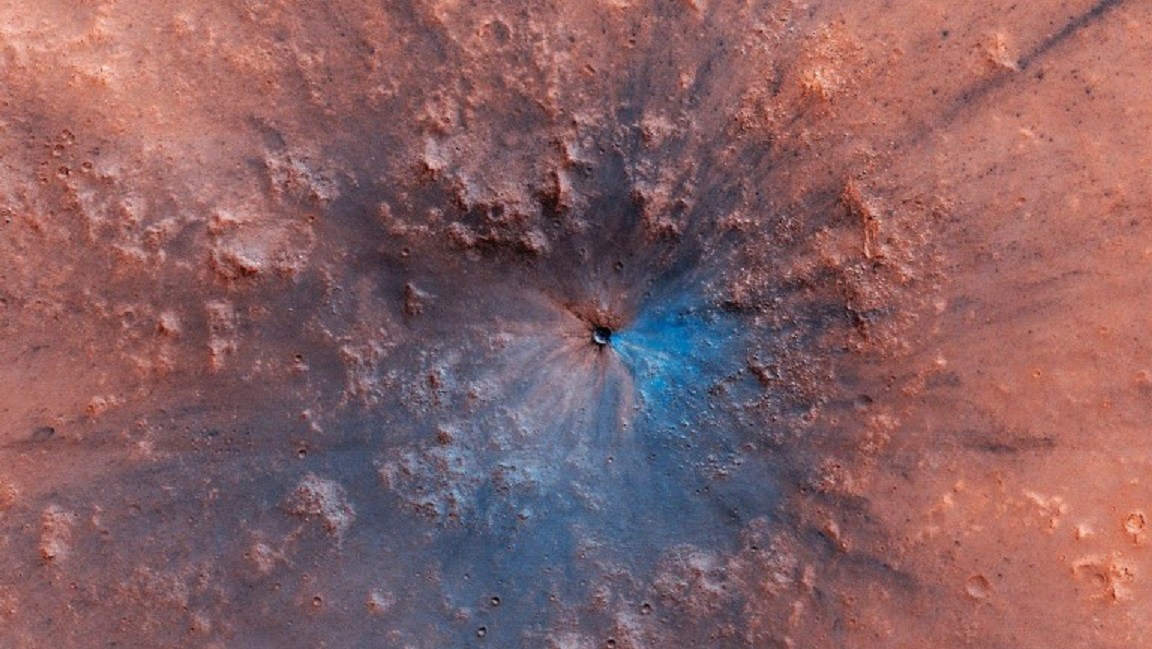 NASA's Mars Reconnaissance Orbiter photographed a beautiful image of a crater located on the Valles Marineris canyon system on Mars. The geographic depression is one of the largest ever photographed by the probe, measuring 15 to 16 meters deep and was captured in April this year by the High-Resolution Imaging Science Experiment (HiRISE) camera, which is at an altitude of 255 kilometers surface of the Red Planet.

The crater was described as a "work of art" in a HiRISE statement and was artificially colored. According to the researchers, the blue area shows the locations where the material on the planet's surface was most damaged by the impact that formed the crater.

Researcher Veronica Bray of the University of Arizona estimates that the crater was formed between September 2016 and February 2019 as a result of the impact of a 1.5-meter meteorite.

Another possible hypothesis is that the crater spotted by the Mars Reconnaissance Orbiter is a final product of a physico-chemical reaction that occurred with dunes, lava and wind (which would have guaranteed its shape).

Recently, the NASA spacecraft was responsible for catching a very curious and resembling symbol of the Starfleet organization, causing surprise to Star Trek fans.