Advertisement
Those wishing to honor the theoretical physicist, who died in March aged 76, can apply via a public ballot. Applicants need to give their birth date – which can be any day up to 31 December 2038. Prof Hawking’s foundation said the possibility of time travel had not been disproven and could not be excluded. 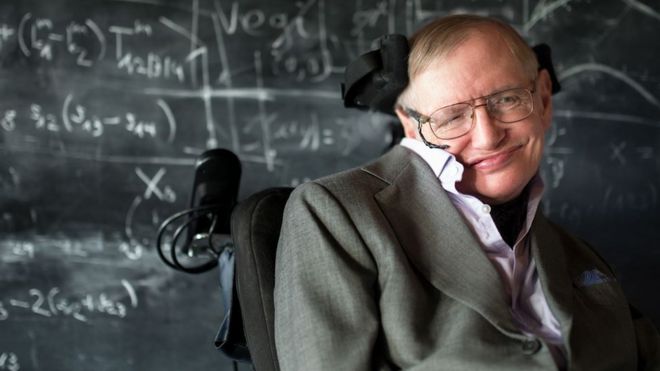 It was London travel blogger IanVisits who noticed that those born from 2019 to 2038 were theoretically permitted to attend the service at Westminster Abbey. He said: “Professor Hawking once threw a party for time travellers, to see if any would turn up if he posted the invite after the party. None did, but it seems perfect that the memorial website allows people born in the future to attend the service. Look out for time travellers at the Abbey.”

After the “time traveller party”, held in June 2009, Prof Hawking remarked that the fact that no-one turned up was “experimental evidence that time travel is not possible”. Within 24 hours of the opening of the ballot for the thanksgiving service, to be held on 15 June, about 12,000 people from more than 50 countries had applied for tickets. 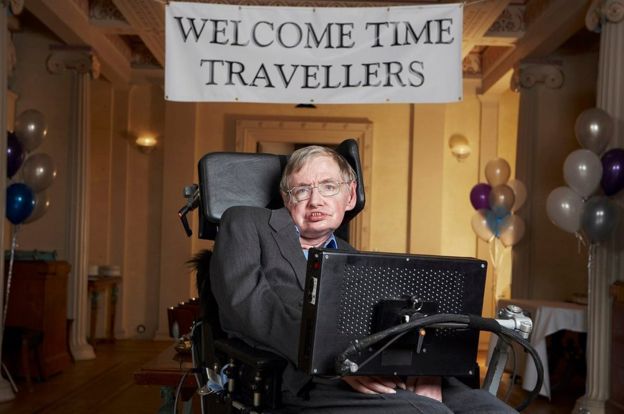 In 2009 Discovery Channel filmed the professor waiting for time travellers who never turned up to his party
While all applicants appear to be from the present day, a spokesman for the Stephen Hawking Foundation said:

“We cannot exclude the possibility of time travel as it has not been disproven to our satisfaction. All things are possible until proven otherwise. But so far we have had applications from all round the world, and we do mean round – there are no flat-Earthers here.” People from as far away as the US, China, Bolivia and the South Pacific have asked to attend the event to celebrate the life of Prof Hawking, who died on 14 March, more than 50 years after he was diagnosed with a rare form of motor neurone disease. Thousands lined the streets of his home city of Cambridge for his funeral on 31 March.
The ballot for tickets to his memorial service closes at midnight on 15 May.
Facebook Comments Box