It’s notoriously tricky to measure the size of the Milky Way from within. Astronomers have trouble seeing the forest for the trees—or in this case, the galaxy for the stars. But a new study sheds some light on the size of our galaxy, suggesting that the stars at the galactic edge are about twice as far away from the center as previously thought. 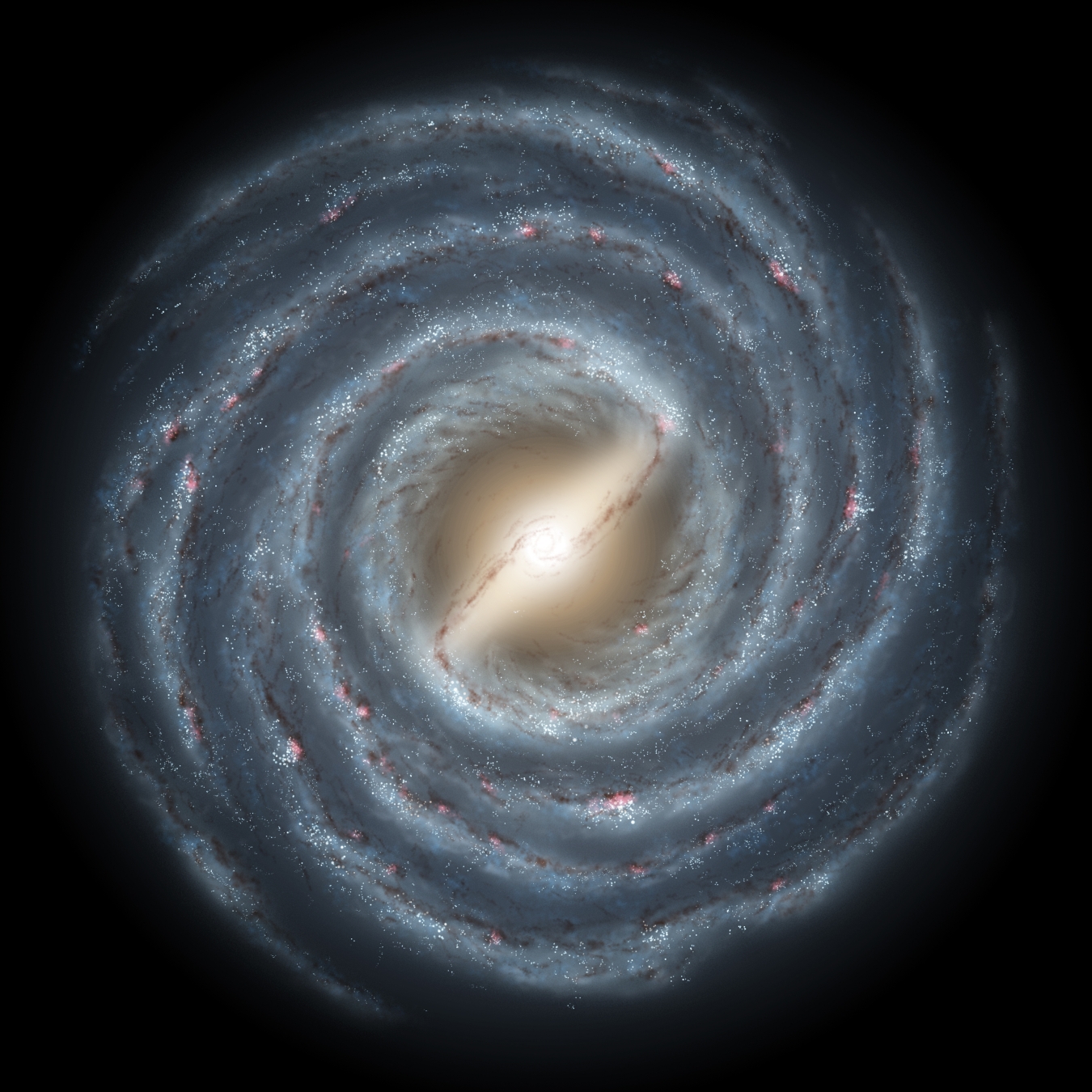 Astronomers from the Astrofísica de Canarias in the Canary Islands and the National Astronomical Observatories of Beijing measured the distances to stars at the edge of the galactic disk, and the findings indicate that the Milky Way stretches roughly 200,000 light-years across. The Milky Way galaxy consists of a central disk, made up of spiraling arms filled with stars and planets, as well as an outer halo of distant stars.
The vast majority of stars in the Milky Way are contained within the disk, and the galactic edge is generally considered to be the point at which the disk ends and the much more sparsely populated halo begins. Stars in the disk also tend to be much younger than stars in the halo, so they have not had as much time to build up heavier elements through ages of nuclear fusion.
Accordingly, astronomers can use spectroscopy to measure the chemical compositions of stars in our galaxy and differentiate those in the disk from those in the halo. The research team looked at the compositions of more than 4,600 stars across the Milky Way taken from two surveys, the Large Sky Area Multi-Object Fibre Spectroscopic Telescope (LAMOST) in China and the Sloan Digital Sky Survey’s APO Galactic Evolution Experiment (APOGEE) in New Mexico.
By separating the disk stars from the halo stars based on composition, the team could calculate the distances to the farthest disk stars—the recognized edge of the galaxy. While previous studies found that the disk ends and the halo begins at about 15 kiloparsecs, or 50,000 light-years from the center, the new research measured disk stars as far out as 31 kiloparsecs, or more than 100,000 light-years from the center.
This puts the galaxies total width at about 200,000 light-years across, just shy of the 230,000 light-year diameter of our neighbor galaxy Andromeda. It is important to note, however, that the new research does not increase estimates for the Milky Way’s mass. Rather, the edge of the disk was measured to stretch out farther than thought, thinning out significantly as it goes. The wispy ends of the Milky Way’s spiral arms, technically part of the disk, push out the recognized border of the galaxy significantly. Forty-six hundred stars surveyed is a lot, but it’s well shy of the roughly 200 billion stars in the Milky Way. Additional sky surveys, and refined measurements of the farthest disk stars, will continue to dial in the border of our galactic neighborhood of the cosmos.
Facebook Comments Box