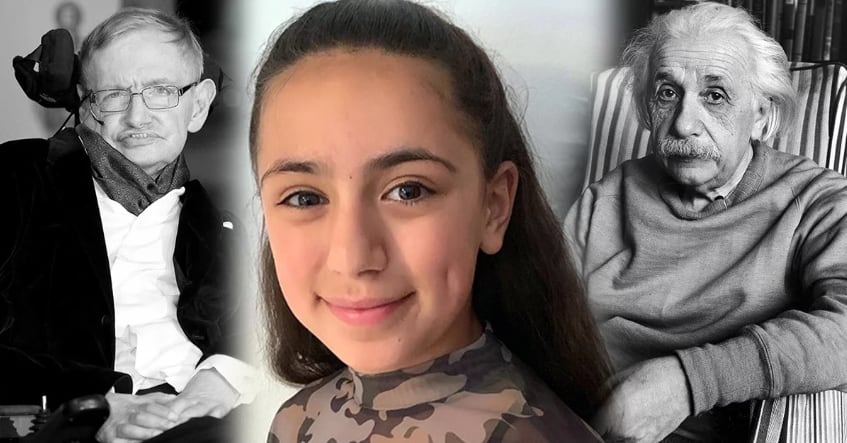 Considered as an intelligence measure that is obtained after several standardized tests, the average intellectual coefficient (IQ), in 95% of the people, is between 70 and 130 points, and according to this scale people with more than 145 points are considered geniuses.

Tara Sharifi with loose hair and blouse with camouflage

The Iranian girl, after taking her examination at Oxford, earned a score of 162 IQ, which gave her an automatic pass for Mensa, an international association founded in England that brings together talented people from around the world.

Tara's parents detected that her daughter could be a genius when they saw her answer math questions in television competitions before the participants, according to Hossein Sharifi.

She is currently in high school in Aylesbury, UK, and says she wants to be a mathematician.