Advertisement
Astronomers have discovered a record-breaking star system. It’s called IGR J17062-6143, and it’s a very compact binary, where one of the stars is a rapidly spinning, superdense neutron star called an X-ray pulsar. The two stars take just 38 minutes to orbit each other. That’s the fastest orbital period of any X-ray pulsar binary ever observed. 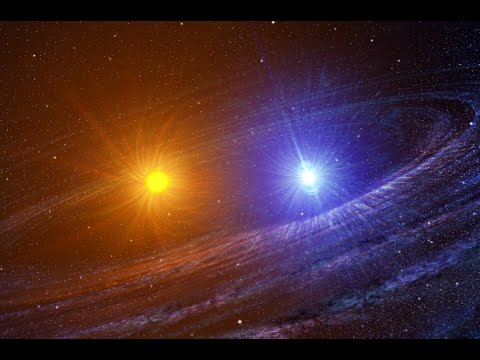 IGR J17062-6143 (or J17062 for short) was only discovered in 2006; it’s very low mass, and very faint, and around 7.3 kiloparsecs, or 23,809 light-years, away. It’s been studied fairly extensively, but finding out more about it required some pretty up-to-date technology – NASA’s Neutron star Interior Composition Explorer(NICER), an X-ray detection instrument installed on the International Space Station in June 2017.
Previous research had revealed an accretion disc associated with the binary, and that one of the stars was a pulsar, but a 20-minute 2008 observation using NASA’s Rossi X-Ray Timing Explorer could only set a lower limit for the binary’s orbital period. Neutron stars are also extremely hot, and shine extremely brightly. However, because they’re so small, they’re difficult for us to see – except in X-ray.

They can also spin incredibly fast, which creates an electric field that accelerates electrons away from the poles, creating relativistic radiation jets. If this beam passes between us and the pulsar, we can see it flash, or “pulse”, like a cosmic lighthouse. In the case of binary X-ray pulsars, these jets are fed by the matter stolen from the donor star. This material falls to the surface of the pulsar, where it travels along its strong magnetic field lines to the poles.
It was by observing these X-ray jets that the 2008 observation led to the discovery – the J17062 pulsar was rotating 163 times per second, nearly 9,800 revolutions per minute. NICER has been able to observe the system for a lot longer – over 7 hours of observing time taken over 5.3 days in August 2017.

This has allowed researchers to obtain a lot more detailed information. As well as the 38-minute orbital period, researchers were able to ascertain that the two stars are separated by a distance of just 300,000 kilometres (186,000 miles) – less than the distance that separates Earth and the Moon. These two factors, and analysis of the spectra produced by the binary, has led the research team on the new paper to the conclusion that the pulsar’s companion star is a very low-mass, low-hydrogen white dwarf, only around 1.5 percent the mass of the Sun.

“It’s not possible for a hydrogen-rich star, like our Sun, to be the pulsar’s companion,” said lead researcher Tod Strohmayer, an astrophysicist at NASA Goddard. “You can’t fit a star like that into an orbit so small.”

The pulsar, by comparison, is around 1.4 times the mass of the Sun, but much, much smaller. Neutron stars – of which pulsars are a subset – are the collapsed cores of stars below around three times the mass of the Sun, in the final stage of their life cycle. They’re usually only around 10-20 kilometres in diameter. Because they’re so massive, though, neutron stars have a pretty strong gravitational pull – hence the accretion disc, as the J17062  pulsar pulls material from the white dwarf, the binary’s ‘donor star’. 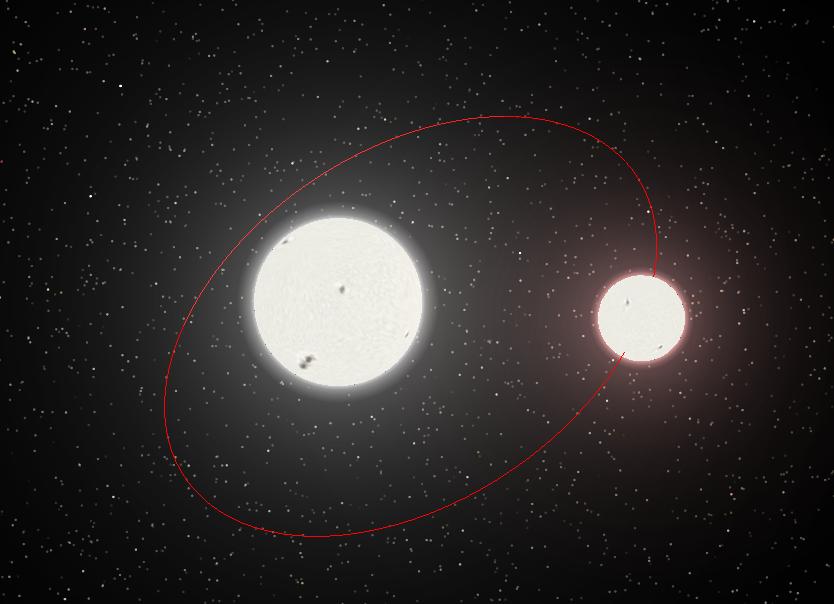 That high mass imbalance also means that the central point of the orbit – circular, as the team discovered – is much closer to the pulsar, just 3,000 kilometres (1,900 miles) from it. It’s so close that the white dwarf almost seems to be orbiting a stationary star; but, although faint, it does exert a gravitational pull on the pulsar.

“The distance between us and the pulsar is not constant,” Strohmayer said. “It’s varying by this orbital motion. When the pulsar is closer, the X-ray emission takes a little less time to reach us than when it’s further away. This time delay is small, only about 8 milliseconds for J17062’s orbit, but it’s well within the capabilities of a sensitive pulsar machine like NICER.”

The team’s research has been published in The Astrophysical Journal Letters.
Facebook Comments