NASA has announced a mission to search for chemical evidence of past or existing life on Titan, Saturn's largest moon. 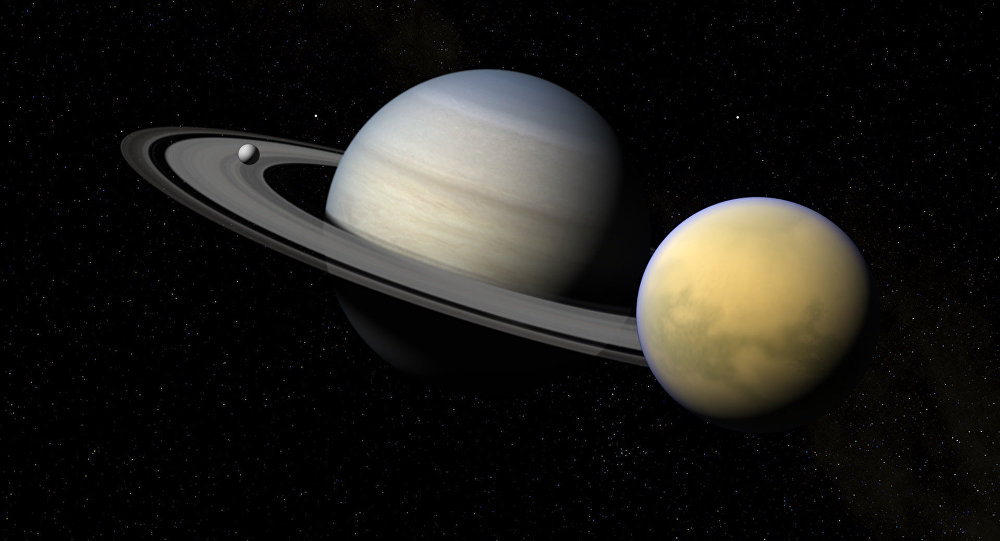 The exploration will be performed with the drone Dragonfly, which will fly in various parts of the surface of Titan to analyze the progression of prebiotic chemistry.

The Dragonfly drone will be released in 2026 and will arrive in 2034. This will be the first time NASA will fly with a multi-rotor vehicle on another planet.

The fate was chosen taking into account the dense atmosphere and the low gravity of the region, the only object besides Earth that there is clear evidence of stable liquid bodies on the surface.

With this, experts believe that Titan can offer clues about how life on our planet came about.

The mission will include the exploration of organic dunes similar to those in South Africa, as well as reaching the bottom of a crater where there is evidence of heavy liquid water, organic substances and complex molecules that are composed of carbon, combined with hydrogen, oxygen, nitrogen and energy.

"Visiting the mysterious ocean world could revolutionize what we know about life in the Universe. This cutting-edge mission would have been unthinkable, even for a few years, but now we're ready for Dragonfly's incredible flight, "said Jim Bridenstine, the agency's administrator.

At 5,150 kilometers in diameter, Titan is larger than mercury, being the second largest natural satellite in the entire Solar System, second only to Ganymede of Jupiter.