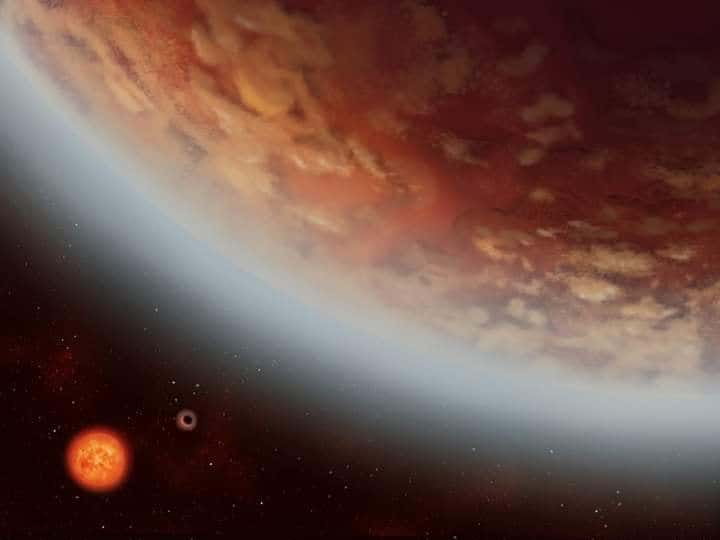 Resting within the constellation Leo in K2-18, a system of red dwarf stars approximately 111 light-years away, lies a newly discovered exoplanet.

The results of this international team of astronomers have been published in the journal Astronomy and Astrophysics.

With the support of the Research Council and Natural Sciences of Canada (CRSNG) and the Institute for Research on Exoplanets, the research team found a "Super Earth" called "K2-18c", which has a mass of 7.5 ± 1 , 3 land masses, a 9-day orbital period and a half-axis larger than approximately 2.4 times lower than K2-18b, "according to Universe Today.

The team did not detect the planet previously alongside K2-18b because the two exoplanets do not keep the same orbital plane.

As we discover more and more exoplanets, especially those that are Earth-like planets, the inevitably raised question is: "Could there be an alien life?" But within that question there is another profound question: "Can the alien life be similar to ours?"

Scientists have recently discovered bacterial species in Antarctica that survive alone in the soil. Our understanding of what constitutes life and what life requires to survive is expanding and changing all the time.

K2-18c is not within what we currently define as a habitable zone, but the possibility of existence of life still exists. According to Ph.D. student Ryan Cloutier, who led the research, "with the James Webb Space Telescope (JWST), we could investigate the atmosphere and see if it has an extensive atmosphere or is a planet covered with water."

As we continue to learn more about this and other exoplanets, and as we continue to expand our knowledge of what constitutes life, we can have a better idea of what the aliens might be. Some biologists from Oxford even suggest that they might seem more familiar than we expected.

Article published in the journal Astronomy and Astrophysics: https://arxiv.org/pdf/1707.04292.pdf