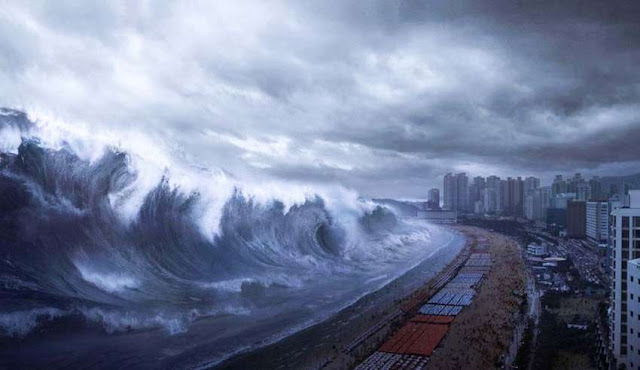 Yesterday, July 4, the United States celebrated its Independence Day, but also suffered the effects of a monstrous 6.4 magnitude earthquake, causing panic among its inhabitants by the impending "Big One." The powerful telluric movement had its epicenter 207 km northwest of Los Angeles, more specifically 15 km north of Ridgecrest, and at a depth of only 10.7 km. Californians who felt the huge earthquake reported how the houses trembled. Several users of the social networks said to feel replicas 225 km away. According to the United States Geological Survey (USGS), the earthquake was also felt 12 kilometers away.

The panic was unleashed among thousands of people who called the authorities for concern that it was a warning of the Big One, the earthquake of magnitude 8 and above that could shake California in the future. The last time earthquakes of a similar power struck the state of the west coast was the San Francisco earthquake of magnitude 7.8 in 1906 and the earthquake of 7.9 in Fort Tejon, central California, in 1857. However, geologists can not predict when it will happen again. But now a seismologist has warned that there is a possibility that Big One will occur in the coming days.

California has once again been shaken by an earthquake of magnitude 5.4, just one day after the 6.4 earthquake in the city of Ridgecrest. The second tremor occurs after more than 150 aftershocks in southern California. But it seems that it could be an omen of imminent catastrophe. The renowned seismologist Dr. Lucy Jones, has warned that the powerful earthquake of 6.4 on the Richter scale does not make the Big One less likely. During a press conference after the first earthquake, Dr. Jones said that one should always be preparing for a big one.
"There is a probability of approximately 20 that this location will have an even greater earthquake in the next few days, the largest earthquake in the sequence," said Dr. Jones. "It is true that this area will be shaken a lot and some of those replicas will probably exceed magnitude five."