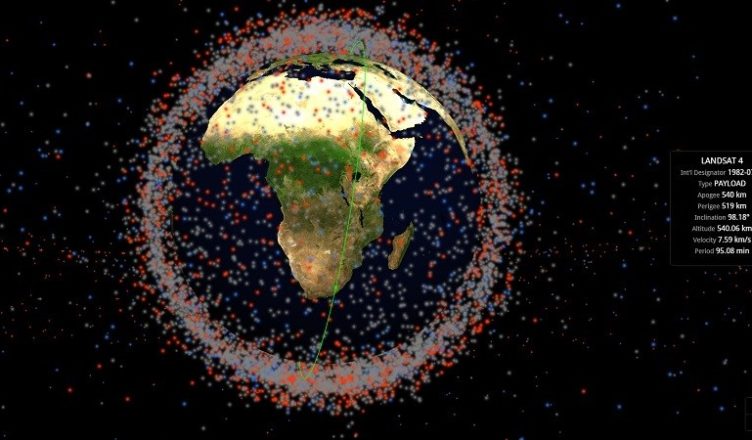 It has been six decades since the extinct Soviet Union put the modest Sputnik into orbit, a metal sphere that became the first satellite of humanity to reach space and orbit our planet.

Since then, an absurd number of satellites has been launched and many of them have long since become scrap metal but continue to spin upstairs.

According to data from Space Track, a site of the US Department of Defense, the total amount of objects that orbit Earth is jaw-dropping: they reach 150,000.

It would be very interesting (but unfeasible) to be able to use this database to know a little more about each of them, do not you think?

It may sound like crazy work, but believe me – a recently launched website lets you explore in detail every bit of metal bigger than a baseball that gravitates to our cosmic neighborhood.

The wonderful 3D map, which began to be developed in April, was nothing more than a 'pastime' of an 18-year-old. Video games or puzzles for what?

"Using these orbital parameters, stuffin.space uses a propagation model to predict the location of all satellites in real-time with a precision of a few kilometers, and displays the data using a WebGL view with an accurate view of the Earth's rotation and the angle of sunlight, "the young prodigy James Yoder told Gizmodo.

For his classmates, the statement should sound like a mixture of ancient Greek and archaic Sanskrit. The 3D computer-fissured kid just graduated from junior high school and is now a freshman on the electrical engineering course at the University of Texas (would be Sheldon Cooper's younger brother?).

Click here to know stuffin.space. You can simply exit by clicking on the satellites to explore or enter a specific name that you want to know more – there is a file with information such as launch year, speed and altitude. The site also has 6 different categories to filter objects.