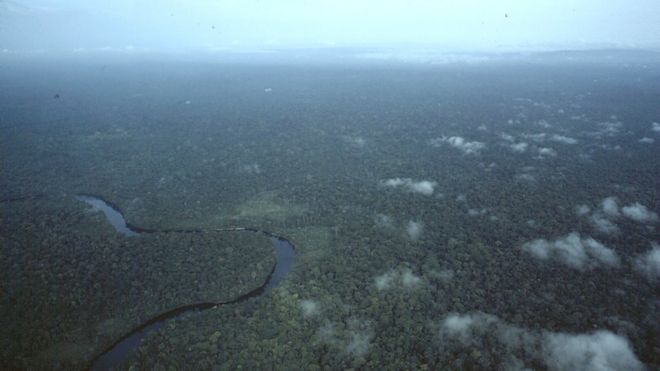 In addition to preserving existing forests, the best solution to drastically reduce excess carbon dioxide in the atmosphere and contain global warming is to plant trees. In all possible spaces of the planet that are neither occupied by urban areas, nor destined to farming.

That would mean planting 1.2 trillion new seedlings, four times larger than the total number of trees that live in the Amazon rainforest. It is estimated that there are around 3 trillion trees on the planet today.

The massive planting of trees in underutilized sites is the main point advocated by the study published in this Friday (5/7) issue of the journal Science. "We can safely say that reforestation is the most powerful solution if we are to reach the 1.5-degree limit," says Brit[de aquecimento global]ish scientist and ecologist Thomas Crowther, a professor in the Department of Environmental Sciences at the Federal Institute of Technology in Zurich, in Switzerland, and one of the authors of the scholarly work.

The limit it refers to is the central concern of the United Nations Intergovernmental Panel on Climate Change (IPCC), whose report was released last year: limiting the increase in global warming by 1.5 degrees Celsius by 2050.

To conduct the study, the group of researchers used a global data set of forest observations and the mapping software of Google Earth Engine. All coverings of trees in forest areas of the earth, from equatorial forests to the Arctic tundra, were analyzed. Altogether, 80,000 high-resolution satellite photographs have passed through the sieve of scientists. With the images, the natural coverage of each ecosystem could be added.

Through artificial intelligence, ten soil and climate variables helped determine the potential for afforestation of each ecosystem, considering current environmental conditions and prioritizing areas with minimal human activity. Finally, climate models that project the changes of the planet until 2050 were implemented in the software, so that the result was the closest to the real.

There are currently 5.5 billion hectares of forest on the planet – according to the UN definition, that is, lands with at least 10% tree cover and no human activity. That means 2.8 billion hectares with canopy cover of trees.

To achieve such a goal, Crowther advocates a global campaign – involving governments, organizations and individuals. After all, planting should occur in all relatively idle spaces, regardless of who owns the site. "They are degraded regions around the world where humans have cleared forests and today are areas that are not being used for other purposes," he says. "However, we do not know about land ownership in all these regions. Identifying how to encourage people to restore these ecosystems is the key to global reforestation. " 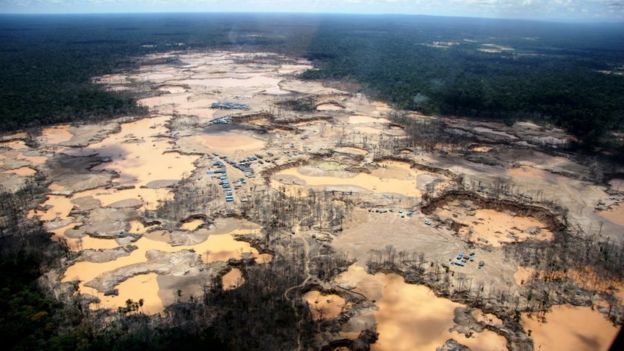 The study concluded that there is still a total of 1.8 billion hectares of land on the planet in areas with very low human activity that could be turned into forests. In this space, 1.2 trillion seedlings could be planted. "As these trees mature and increase, the number of specimens falls. When we reach the mature forests, the really huge trees store more carbon and support a lot of biodiversity, "adds Crowther. That would yield 900 million hectares of treetops more – an area the size of the United States.

The measures are urgent. "We all knew that restoring forests could have contributed to the climate, but we did not yet have scientific knowledge to measure the impact of it. Our study clearly shows that reforestation is the best solution, with concrete evidence justifying the investment, "says the British. "If we act now. It will take decades for new forests to mature and reach their potential. At the same time, it is vital that we protect the forests that exist today and look for other climate solutions to reduce dangerous climate change. "

"Our study provides a reference for a global action plan, showing where new forests can be restored. The action is urgent. Governments should now incorporate this into their strategies to combat climate change, "warns geographer and ecologist Jean-François Bastin.

At the request of the report, Bastin estimated how long it would take for this massive reforestation to begin to imply a brake on global warming: 18 years. "So that would actually help slow the problem, but at the same time we need to change our way of living on the planet in order to neutralize our carbon emissions," he adds. 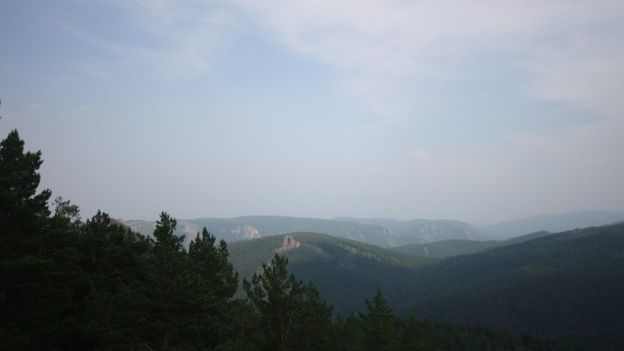 According to the researchers, more than half of the terrestrial potential of reforestation is concentrated in six countries, in this order: Russia, with 151 million hectares available; United States (103 million); Canada (78 million); Australia (58 million), Brazil (50 million) and China (40 million).

The work also showed the impact that climate change should have on the configuration of existing forests. With global warming, there is likely to be an increase in the area of boreal forests in regions such as Siberia. However, the average tree cover in this type of ecosystem is only 30% to 40%. In the case of tropical forests, which usually have 90% to 100% tree cover, climate change has had devastating effects.

Crowther emphasizes that everyone can contribute to this process. "While government actions are essential to make the most of the opportunity, we are facing a climate solution in which we can all get involved and make a tangible impact," he said. "You can grow trees, donate to reforestation organizations or at least invest your money responsibly in companies that take action on climate change."

At the Crowther Lab site, there is a tool that allows the user to look anywhere on Earth and identify areas that can be reforested.

"We defend that anyone can get involved. But to do this correctly, you have to understand the soil conditions and the types of trees that can exist in each region, "says the scientist. "So we have developed a mapping tool, available on our site, where anyone can expand their area and learn what types of trees to plant and how much carbon they can capture. Such ecological information is fundamental. Let's do global reforestation effectively. "

The Crowther Lab also lists organizations committed to reforestation and supports the creation of a global coalition to make efforts more efficient.

The study was welcomed by environmental experts who had prior access to the material. "Finally, a precise assessment of how much land we can and should cover with trees, without interfering with the production of food or human habitation," says diplomat Christiana Figueres, former executive secretary of the UN Climate Convention. "It is a model for governments and the private sector."

"We now have definitive evidence of the potential land areas for reforestation where they could exist and how much carbon they could store," said civil engineer René Castro, a specialist in sustainable development and director general of the Department of Climate, Biodiversity, Land and Water of the FAO, the Food and Agriculture Organization of the United Nations.

"Forests are one of our greatest allies in combating climate change, with measurable results. Deforestation not only contributes to an alarming loss of biodiversity but also limits our ability to store carbon, "he adds. 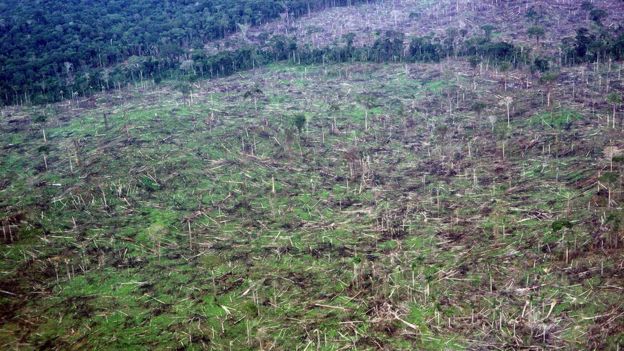 Environmentalist Will Baldwin-Cantello, chief forest advisor to the World Wide Fund for Nature (WWF), emphasizes the role of forests "against climate change." "Without them, we will lose the fight to keep global warming below 1.5 degrees," he says. "That's why it's crucial to act to restore forests while dramatically reducing global carbon emissions."

For him, "the challenge is to understand how we can accelerate this implementation," which requires "unprecedented levels of cooperation at global and local levels."

"It only takes political will to fight for our world," he concludes.